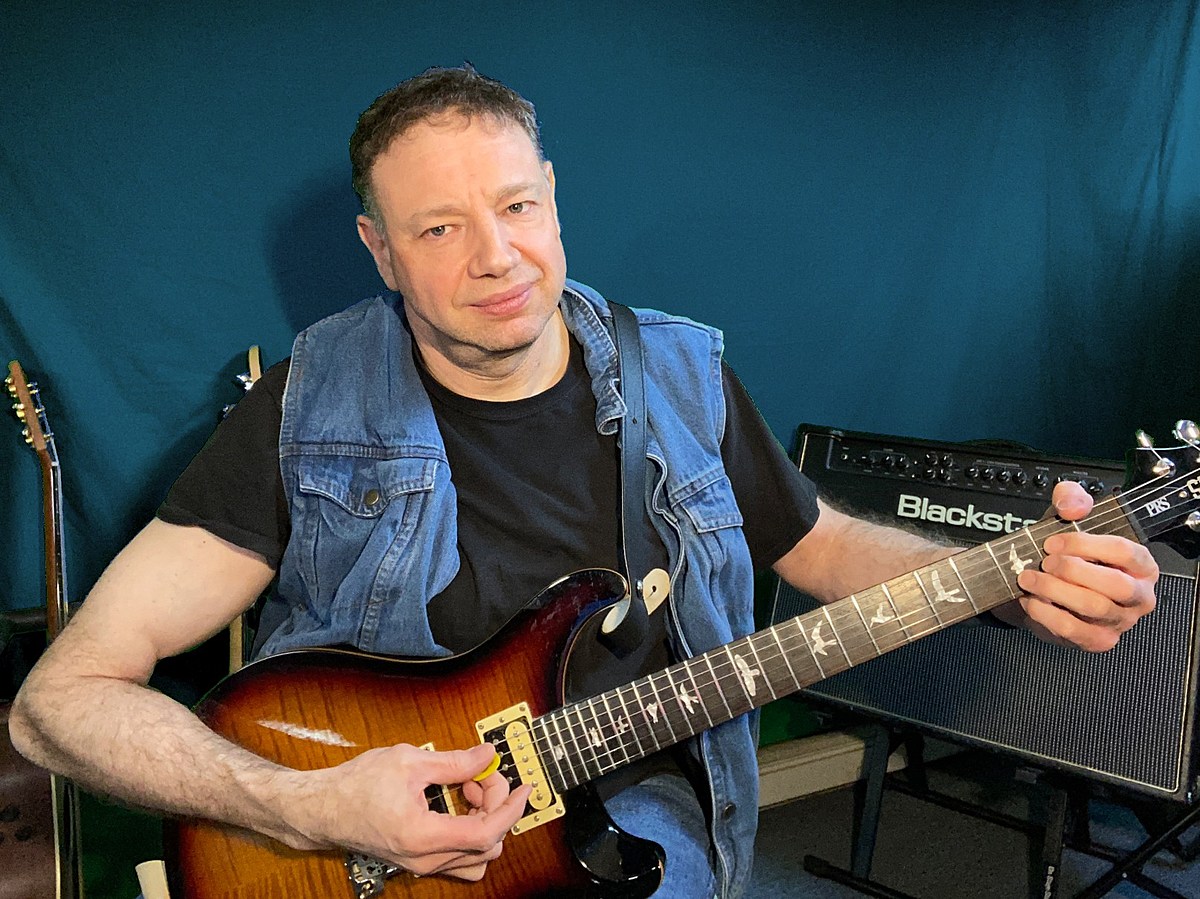 By GRACE L. WILLIAMS
For the Montclair Local

Last year Jason Didner was the man with a rock video on YouTube who sang “Run with My Troubles”, a tribute to a technique he had found to preserve his sanity. This year, he’s releasing an entire album to encourage healthy coping strategies.

Entitled “Salt and Sand: Rock Songs to Heal the Spiritthe Montclair resident’s 11-song album is divided into three parts: “Seeing the Obstacles”, “We’re on This Road Together” and “Caring for You”. While Didner released singles and videos prior to the album’s release, “Salt and Sand” brings them all together in one place.

Didner draws sound inspiration from a variety of genres, including hard rock, reggae, and folk singer-songwriter style. Her love of the music of artists such as Bruce Springsteen, Van Halen and James Taylor also influences her work, which seeks to inspire while entertaining.

“I had learned so much about the subject of coping skills,” he said. “All this knowledge that I had accumulated and implemented in my own life poured out of me in the form of songs.”

Although the songs are coming together in one place for the first time this year, some have been with him for over a decade. “Salt and Sand,” the album’s title track, dates back to 2004, when Didner and his wife, Amy, were struggling through a tough winter.

“Amy was going to graduate school. We were a married couple and finances were tight,” he said. “I wrote a song to cheer us both on in the fight until we come out on the other side, [which has the line] “The salt and sand on this icy highway will be the salt and sand on a summer beach.”

Didner’s call to action for listeners to turn inward and find positive ways to cope is especially applicable these days, when we are all about two years away from a global pandemic and that questions arise about what “back to normal” would even mean.

In its 2022 report, the nonprofit organization Mental Health America found that in 2019 — before the pandemic hit — 19.86% of adults suffered from some kind of mental illness. That was about 50 million Americans. The report says 4.58% of adults had had suicidal thoughts, which is an increase of 664,000 people from the previous year. And 5.08% of young people surveyed said they had experienced major depressive episodes in the past year, which is a 1.24% increase from the previous year.

“Once in a while, if I find ways to break down the superficial politeness, I tell people about the fact that mental health is tough right now,” he said. “They will often respond with a story about themselves or a family member who is struggling a bit.”

“Salt and Sand” appeals to the strength of numbers, through collaborations. Many songs are co-written with Didner’s wife. “Battle,” which features a military-style drum beat, features Michigan-based drummer Fred E. Jam. Author Nita Sweeney, who wrote the memoir “Depression hates a moving target: How running with my dog ​​brought me back to the brinkco-wrote the lyrics to “A Different Kind of Zen.”

A chance collaboration on the album was with Didner’s father.

“I was quite amazed that my dad wrote a poem about cycling and had a concept for a music video about it,” he said, adding that at one point neither Didner nor his dad didn’t know that the other had turned to exercise as a coping strategy, or that they had both written about it. “I had a running song and he had a cycling song. There’s a line in it that made it perfect for the album: ‘It cleans my arteries and my mind. / It allows me to leave my worries behind.

“Salt and Sand” will be released on February 4 on streaming services and Bandcamp.com. Didner will give an album launch concert at livestreamercafe.com at 7:30 p.m. the same day, performing the songs in album order.

Although admission is free, albums will be available for purchase and 20% of the evening’s proceeds will be donated to the National Association of Mental Health.