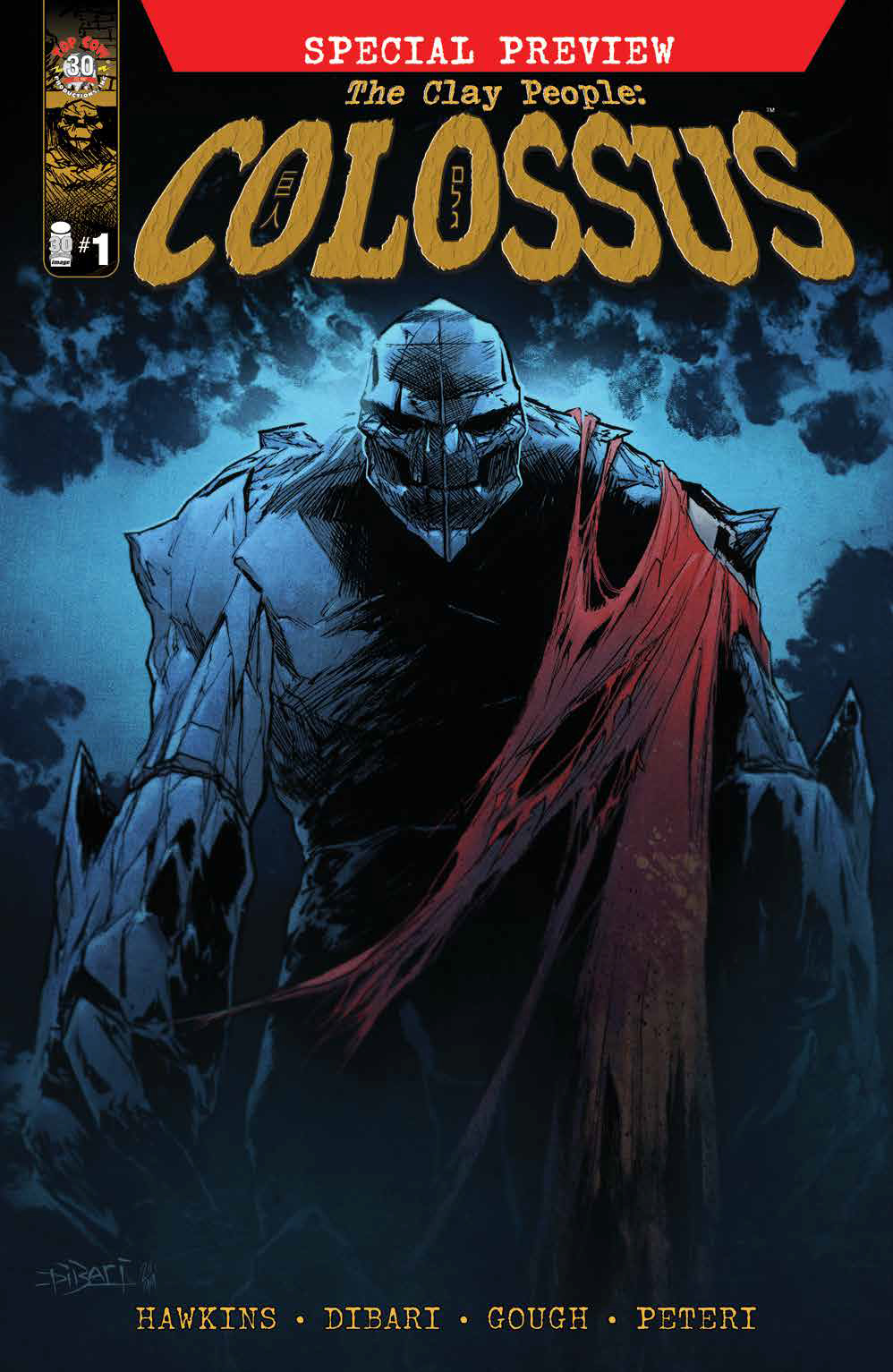 From KISS pouring vials of its members’ blood into the ink of its inaugural Marvel Comics line in 1977 to Gerard Way’s acclaimed “Umbrella Academy” series of My Chemical Romance, the worlds of rock music and comic books have since long linked. Now The Clay People has added a local connection to that legacy.

On March 16, longtime hard rockers from Albany released “The Clay People: Colossus” in collaboration with nationally acclaimed labels Top Cow and Ep1t0me. It’s a reimagining of the band’s 2018 song “Colossus,” taking frontman Dan Neet’s personal conflict lyrics to a story about a biracial Midwestern boy using a supernatural gift from his grandfather to fend off two older bullies.

Ep1t0me is the producer of an upcoming video game based on the horror movies “A Quiet Place” and focuses on story-based content for games and comics. Top Cow is one of the nation’s leading comic book publishers, responsible for popular titles “The Darkness” and “Witchblade.” A few years ago, “Colossus” ended up on Ep1t0me’s radar and an opportunity presented itself.

“Richard Leibowitz, the head of Ep1t0me Studios, sent me a link to the video for the song and asked if I thought it would make a cool comic,” Top Cow president Matt Hawkins emailed. “I studied the video and thought about the lyrics for a few days and for some reason the myth of the Jewish golem stuck in my head and kicked off the story.

“I’ve had my own demons with addiction and personal trauma, almost universally caused by myself,” he noted. “The lyrics grabbed me with their dark emo nature and I was into it.”

Hawkins was so crazy that he wrote the single issue himself last year and enlisted Chris DiBari, a Top Cow illustrator with credits that include DC Comics’ Robin and Marvel’s Deadpool, for the artwork. While the concept for the “Colossus” was conceived and written by the Top Cow team, the Clay People were actively engaged in the creative and production process.

“They wanted us to be involved throughout and the band became producers,” said Clay People drummer Dan Dinsmore. “Dan, our singer, is a huge comic book fan; it would be like for me, if I was somehow asked to work with John Bonham.

“They really cared about us and asked if certain things were okay with us,” he added. “We didn’t write the comic; we were part of the original creative part of having the idea for the song and knowing what it was about. They were able to take that and step back, dig deeper and expand on the original creation and meaning.

For Dinsmore, who also owns local creative services agency Overit Studios, the collaboration with Top Cow presented a unique opportunity for the Clay People. It’s also something he thinks the band can enjoy more now than they could have over 20 years ago, when the main focus would have been to use it as a springboard for the rock supremacy.

“At this point in my career, I’m enjoying the experience for what it is and I don’t think about expectations,” Dinsmore said. “If this had happened 20 years ago, there would have been a lot more discussion about rights, who is going to make money.

“Now there’s no agenda, we don’t think that will make us rock stars,” he continued. Wow, it’s real.'”

The “Colossus” comic is the first of what looks to be an active year for the Clay People. The band is looking to drop “Colossus” remixes that will be paid for with “an interactive experience with illustrations from the comic.” Dinsmore reckons they have “recorded over four albums of material” which they are preparing for release and plan to release a new video in the coming months.

And all parties involved plan to continue the “Colossus” storyline in print and digital in the future.

“We’ve already discussed a sequel and it’s in the works,” Hawkins noted.

“We’re really excited about the new record, the comic, and getting out in front of people and performing,” Dinsmore said. “We start our plan, it’s about a visit to a comic book store, a meeting and a signing. And there are other big projects with the screenplay; there’s the foundation for a video game and a movie over the next two years.

“Clay People: Colossus” can be purchased online at the following sites: www.midtowncomics.com www.comixology.com www.amazon.com Keep up to date with the latest Clay People happenings on Facebook: www.facebook.com /demonhero