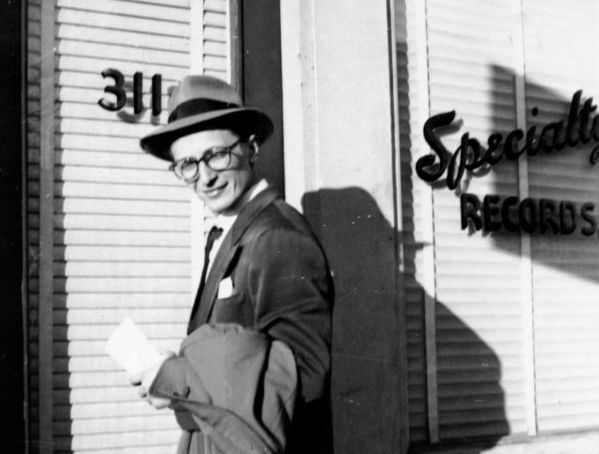 Art Rupe, Founder of pioneering R&B label Specialty Records which released early classics by artists like Little Richard, Sam Cooke and Lloyd Price, has died at the age of 104.

The Arthur N. Rupe Foundation announced his death on Friday, adding that Rupe died at his home in Santa Barbara, Calif. No cause of death was provided.

As the founder and producer of Los Angeles-based Specialty Records, Rupe oversaw a label that was responsible for the songs that laid the foundations of rock n’ roll: “Tutti Frutti” by Little Richard, “Lawdy Miss Clawdy” by Price, “The Things That I Used to Do” (produced and arranged by Ray Charles) and “Bony Moronie” and “Dizzy Miss Lizzy” by Larry Williams, the latter covered by the Beatles.

Rupe, born Arthur Goldberg on September 5, 1917, grew up in suburban Pittsburgh. “Growing up in an ethnically and racially diverse neighborhood in McKeesport, Rupe had developed a keen interest in Rhythm ‘n’ Blues and Gospel music,” the foundation said. “So he chose to specialize in what was then called ‘race records’, music made by and for African Americans.”

During World War II, Rupe worked on an engineering team testing Liberty ships in Los Angeles; after the war, Rupe stayed in the city, trying to break into Hollywood first, according to the Washington Post, then the music industry. In 1944, Rupe co-founded Juke Box Records – which released the Sepia Tones’ regional hit “Boogie #1” – before parting ways with that label and founding his own, Specialty Records, in 1946.

After initially focusing on gospel and blues – including Joe Liggins’ number one hit “Pink Champagne” in 1950 – Specialty began focusing on “racing records” that appealed to both blacks and whites: Inspired by the success of Fats Domino, Rupe traveled to New Orleans and discovered 17-year-old Lloyd Price; in addition to his own successes on Specialty, it was Price who also recommended that Little Richard send demos to the label, Specialty allowing Richard to redeem himself from a previous contract.

Despite a handful of number-one hits, Specialty struggled through the mid-1950s until the arrival of “Tutti Frutti”, a risque ditty that was turned around – with the help of Specialty’s go-to producer Robert” Bumps” Blackwell – in a rock and rock n’ roll classic. Richard would also release the single “Good Golly, Miss Molly”, “Long Tall Sally” and his 1957 debut album This is little Richard on the specialty label.

Rupe signed teenage Sam Cooke to Specialty as a member of the gospel group The Soul Stirrers, who had a hit in 1950 with their rendition of “Jesus Gave Me Water,” which was added to the national recording registry. from the Library of Congress in 2020.

However, in what was a rare misstep in Rupe’s storied career, he disagreed with Cooke’s approach to secular music, leading to the singer leaving the label. Cooke then signed with Keen Records in 1957 and launched his solo career with a string of hits that began with “You Send Me”; following the success of this single, Specialty released Cooke’s hit “I’ll Come Running Back to You” which was recorded the previous year for the Specialty label.

In the early sixties, Rupe also missed an opportunity to sign a young British quartet that toured with Little Richard in England, the Beatles. By this point, Rupe had become disenchanted with the music industry and instead focused on his burgeoning oil and gas company he had created.

In 2011, Rupe was inducted into the Rock and Roll Hall of Fame, recipient of the Ahmet Ertegun Award, with Lloyd Price inducting his former label head into the Cleveland Institution. “Rock and roll as we know it wouldn’t exist without Art Rupe,” the Rock Hall said of the honor.

“He brought R&B and soul into the mainstream and launched Little Richard’s career. Rupe’s demanding work ethic and uncanny musical intuition shaped the evolution of rock.