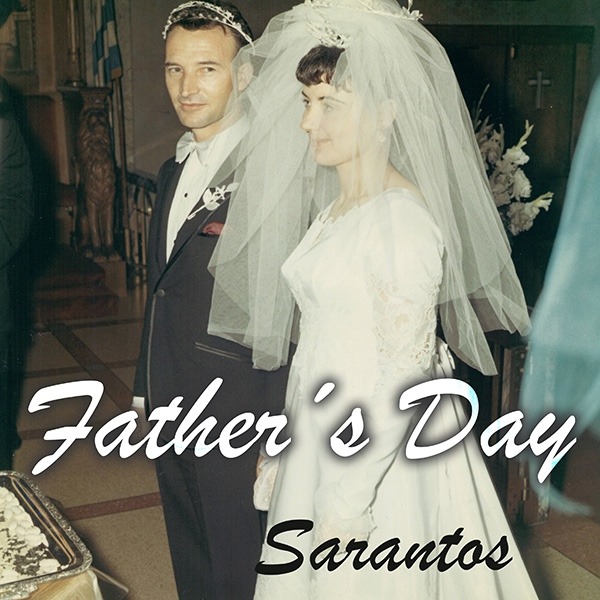 This new single is a commemoration and a huge celebration of the love fathers have for their children.

Sarantos is an international award-winning solo artist whose music is both original and inspiring. The eclectic entertainer is known for producing music that comes from the heart presuming songs about the relationships that matter most. These emotionally charged singles are also a nice blend of several different musical genres making this music consortium a breath of fresh air in the saturated music industry.

This new single is a simple anthem for Father’s Day; he recognizes the sacrifices a father makes for his children. It immortalizes the love a father has for his children and serves as a small way to recognize their efforts. Sarantos believes that everyone has a father, whether they know him or not, which also makes this single exceptionally relatable.

Sarantos music is also exceptionally popular. Without the backing of any studio, label, advertising agency, or radio promoter, his songs managed to catch the public’s attention. “Above The Clouds”, “Dreamer”, and “What If I Never See You Again” spent several months in the top 200 of the major charts in the United States for radio airplay according to the Digital Radio Tracker Top 200 charts. the independent charts, Sarantos reached the top 10 on several occasions. The songs of the singer are also broadcast daily on various radio stations around the world.

Additionally, Sarantos has won 52 awards with Akademia LA Music and Beat 10 and has also been nominated in multiple categories for the International Music & Entertainments Awards including Hollywood Music In Media, Josie Awards, and Hollywood Songwriting Awards. Even the two songs the artist submitted for consideration for a Grammy Award were accepted and made it to the final 300 as well as the final ballots.

Stream the inspirational artist’s music on YouTube as well as Spotify at the following link here https://open.spotify.com/artist/0fSzbfDxSHL10T1ryPsRLQ. Follow the artist’s official social media page on Instagram for updates on the latest music. For interviews, reviews and / or collaborations, contact us via this email [email protected]

Sarantos is not only a professional songwriter, producer, and poet, but also an avid comic book reader, former owner of the Millennium Falcon, gamer, and zombie killer. The musician always tries to sound different musically, lyrically and vocally. His songs don’t all sound the same, and that’s on purpose! Sarantos’ efforts are stimulating an overdue conversation in the ever-changing music industry.

The inspirational artist has been writing lyrics since Grade 4 with over 4,000 songs written so far. Sarantos has always had an abnormal fascination with music, to the detriment of normal personality development. The singer lives for humor but also for humility by confessing that he “made more mistakes than anyone else alive!”

The entertainer has experienced many personal challenges, including the death of his father in 2010 after a long and fierce battle with lung cancer, while dealing with personal health issues such as asthma, chronic allergies and esophagitis. eosinophils, among other health problems. Music was the only sure way to meet these challenges. Sarantos is now committing to releasing a new song and lyric video in week 1, a new music video in week 2, a new book chapter in week 3, and a new poem in week 4!