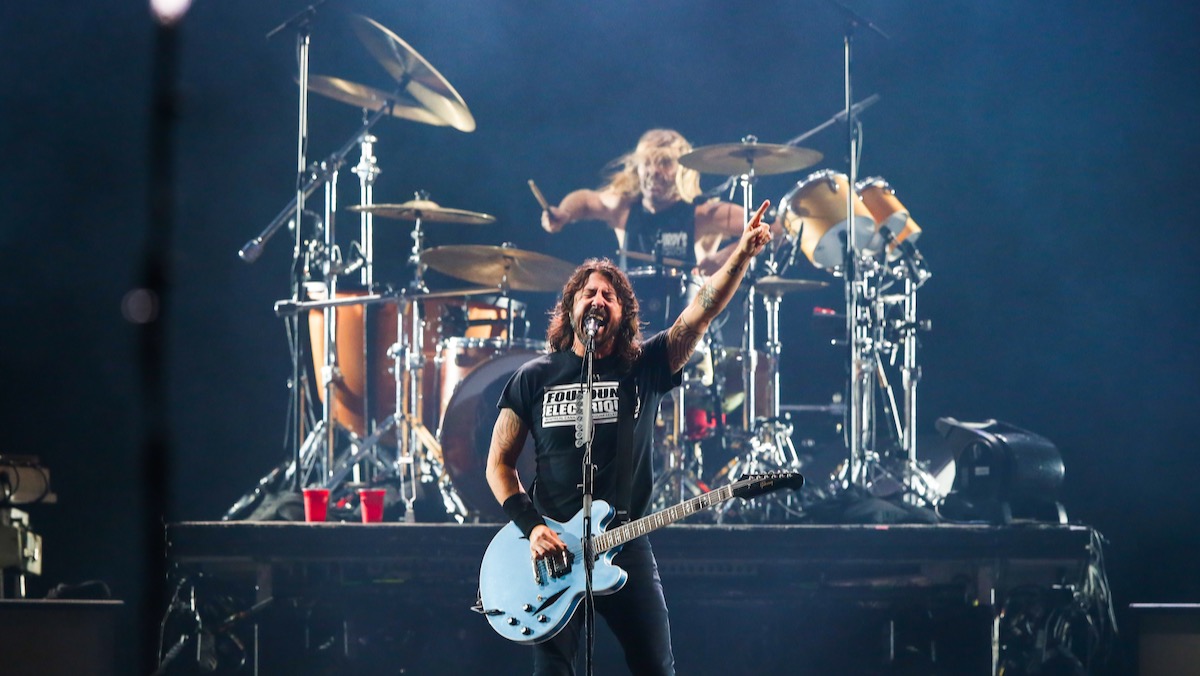 The band beat AC/DC (“Shot in the Dark”), Black Pumas (“Know You Better”), Chris Cornell (“Nothing Compares 2 U”) and Deftones (“OHMS”) to win Best Rock Performance, and passed Weezer (“All My Favorite Songs”), Kings of Leon (“The Bandit”), Mammoth WVH (“Distance”) and Paul McCartney (“Find My Way”) to win Best Rock Song.

In the Best Rock Album category, they edged out AC/DC (Power on), black cougars (Capitol Cuts – Live from Studio A), Cornell (No one sings like you anymore Vol. 1) and McCartney (McCartney III).

Foo Fighters was in the midst of a massive world tour at the time of Hawkins’ passing, which included a performance at that year’s Grammys. On March 29, the band announced that all of their upcoming tour dates had been cancelled, including their appearance at the awards show. Presenter Jimmy Jam accepted all three awards on behalf of the group.

Hawkins, who joined Foo Fighters in 1997, was found dead in his hotel room in Colombia aged 50 on March 25. The news came just hours before the band were to headline the Estéreo Festival in Bogotá; instead of the service, candles were placed on stage in his honor. The last song Hawkins performed live with the Foos was “Everlong” at Lollapalooza Argentina.

“The Foo Fighters family is devastated by the tragic and untimely loss of our beloved Taylor Hawkins,” the band said in a statement. “His musical spirit and infectious laughter will live with us all forever. Our thoughts are with his wife, children and family, and we ask that their privacy be treated with the utmost respect at this incredibly difficult time.”

Hawkins’ passing came at an incredibly busy time for the Foo Fighters, who were inducted into the Rock & Roll Hall of Fame last year. The band just released their horror comedy Workshop 666, which featured all of the band members. Rock legends such as Paul McCartney, Stevie Nicks and Perry Farrell have all paid heartfelt tributes to the drummer.