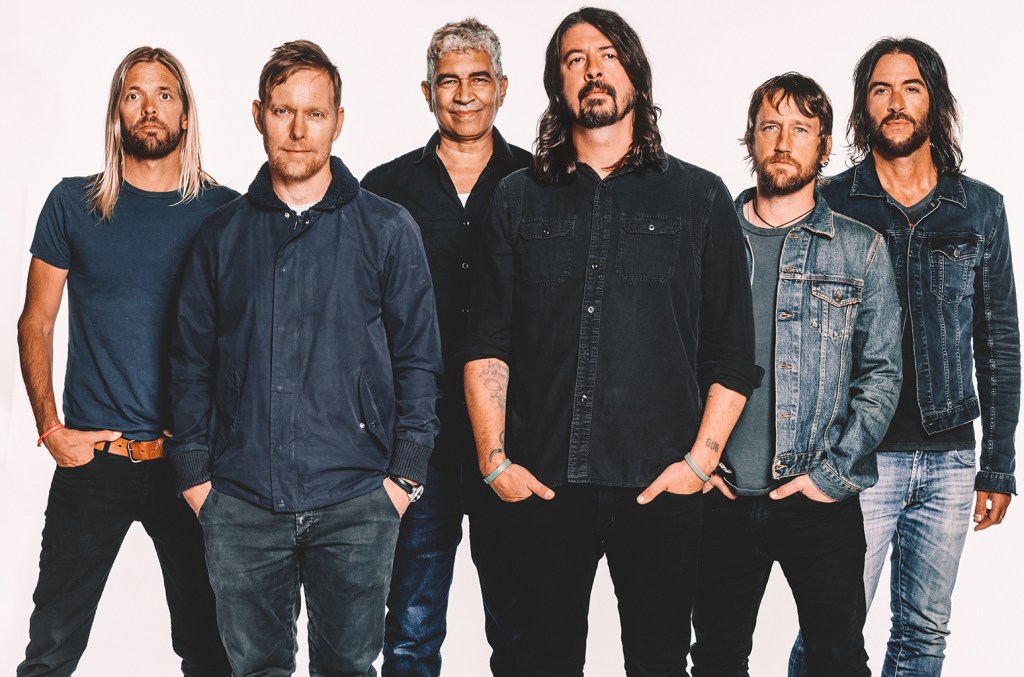 Foo Fighters top rock charts with “The Sky Is a Neighborhood”

Foo Fighters add two No. 1 ranks to Billboard the airplay charts to their significant collection as “The Sky Is a Neighborhood” climbs to No. 1 on the Mainstream Rock Songs and Rock Airplay charts dated December 9th.

On Mainstream Rock Songs, “Sky” (2-1) is the Dave Grohl-Led Rockers’ Eighth No. 1 and Second of 2017 Concrete and Gold, after the four-week leader “Run” this summer. The group has now reached at least two number 1s on each of their last three albums, as in 2014 Sonic Highways gave “Something From Nothing” and “Congregation”, while 2011 waste the light brought “Rope” and “March”.

Mainstream rock support for “Sky” helps the song jump 4-1 on the all-rock Rock Airplay chart, up 5% to 10.7 million viewership impressions in the week ending on Nov. 26, according to Nielsen Music. The Foos earn their sixth record leader on the chart, which began in 2009; the next closest act, Green Day, has four.

through three of BillboardAcross all four rock airplay charts (Mainstream Rock Songs, Alternative Songs, and Rock Airplay encompassing the genre), Foo Fighters now have 24 No. 1s. They earned their first with “Learn to Fly,” on Alternative Songs on November 6. 1999. (On the fourth chart, Adult Alternative Songs, the band peaked at No. 4 with “Fly” and “Wheels” in 2009.)

2017-11-30
Previous Post: Garth Brooks’ cover of All That Remains hits the rock charts
Next Post: The year in the rock charts: Imagine Dragons, Portugal. The Reign of Man and Metallica