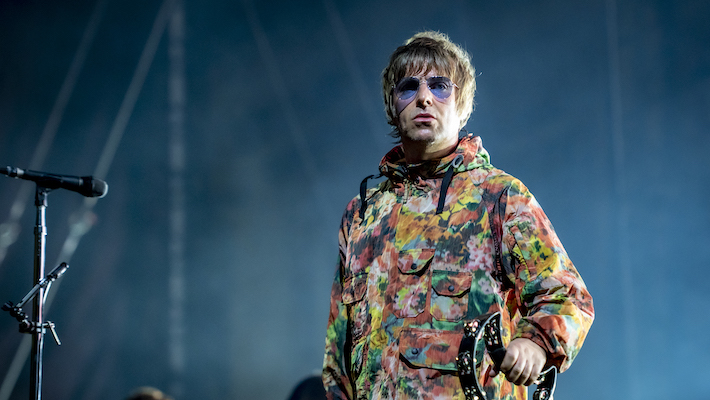 These days, generally speaking, it’s usually pop and hip-hop songs that dominate the charts. By some estimates, the last rock song to reach N0. 1 on the Billboard Hot 100 is Nickelback’s 2001 “How You Remind Me” (although it would be easy to consider Olivia Rodrigo’s 2021 “Good 4 U” rock chart topper). Either way, for at least the past two decades, rock fans have lamented the lack of rock in the mainstream music conversation.

As for how the rocky landscape looks today, Liam Gallagher identified what he sees as a problem.

In response to a previous tweet unrelated to Gallagher, a fan wrote: “Man I can feel a little rumble of guitar music coming through the right RnR I think it’s on the way back up Rkid where it belongs. Let’s go.” Gallagher replied, “Fingers crossed RKID a lot of guitar bands out there but sadly there’s no STARS man all shitbags scared to open their mouths.”

(“Rkid, by the way, is a slang term meaning brother, sister, or friend that was coined by Gallagher himself, according to Urban Dictionary.)

As for that Oasis reunion that people seem to be clamoring for, the odds of one don’t seem good. Noel Gallagher recently said: “As funny as it sounds, Oasis sells as many records now a year as we did when we were together. We’re as popular in people’s eyes as we’ve ever been, and I’m glad of that. If we got back together, it would be a circus and there’s no point. Leave it as is. I’m happy, he is [Liam] do his thing. He’s still selling Knebworth. It’s like, mate, good luck to you, you know what I mean?”

2022-11-10
Previous Post: Rock music has had sympathy for God as well as the devil – Kennedy Center winner Amy Grant is just one big star who has crossed the line between “Christian” music and “secular” music.