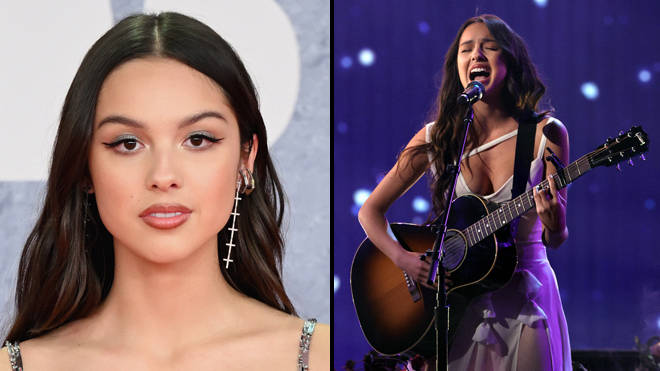 Olivia Rodrigo spoke about working with an all-female band and called on the media to overlook women in rock.

Olivia Rodrigo fans will know that the 19-year-old has an all-female band. Shortly after Olivia’s iconic debut single, “driver’s license,” broke the internet in 2021, the global star has been working on building a girl band. Now Olivia is backed by an all-female band in all of her live performances and they are currently rehearsing with Olivia for her upcoming Sour visit.

Discussing her band in a new interview, Olivia criticized how the media fails to promote women in rock today.

READ MORE: Olivia Rodrigo reacts to the backlash over the small size of her Sour Tour sites

Speaking to Rolling Stone about her band, Olivia said: “I think it’s so cool to watch women in rock.” Olivia then added, “I feel like there’s probably not enough of what’s being shown in the media.” Although Olivia’s music is mostly pop, there’s no denying that her songs like ‘Brutal’, ‘Jealousy, Jealousy’ and ‘Good 4 U’ are all rock influenced and come to life with a band.

Speaking about her group rehearsing “Brutal” with LA Times previously, Olivia said, “It’s just girls. Six girls on electric guitars and all, rocking out to this super crunchy grunge song – I feel like I haven’t seen enough. than when I was a child.”

Olivia isn’t the only woman killing it in the rock arena today. Over the past year, artists like Willow, Meet Me at the Altar and Maggie Lindemann have all taken over the genre. Not to mention that 2022 will see the return of Paramore and Avril Lavigne is already back with a hit album reminiscent of her early rock music.

However, Olivia is correct to note that female representation in rock is still very limited compared to male representation. For every Paramore, there are fifty boy groups that get the same platforms, media attention and critical acclaim.

Ahead of her Sour tour, Olivia is releasing a film titled Drive home 2 U on the making of it Sour album. The film will also feature new performances from Olivia and her band. In her interview for Rolling Stone, Olivia let slip that she would be including an unreleased song in the credits.

Olivia said: “I was listening to some of them and I heard them and I thought, ‘Oh, that’s pretty good! With the film, I wanted people to have a new piece of Sour be content with it.”

We can’t wait to hear the song and see Olivia and her band in the documentary.