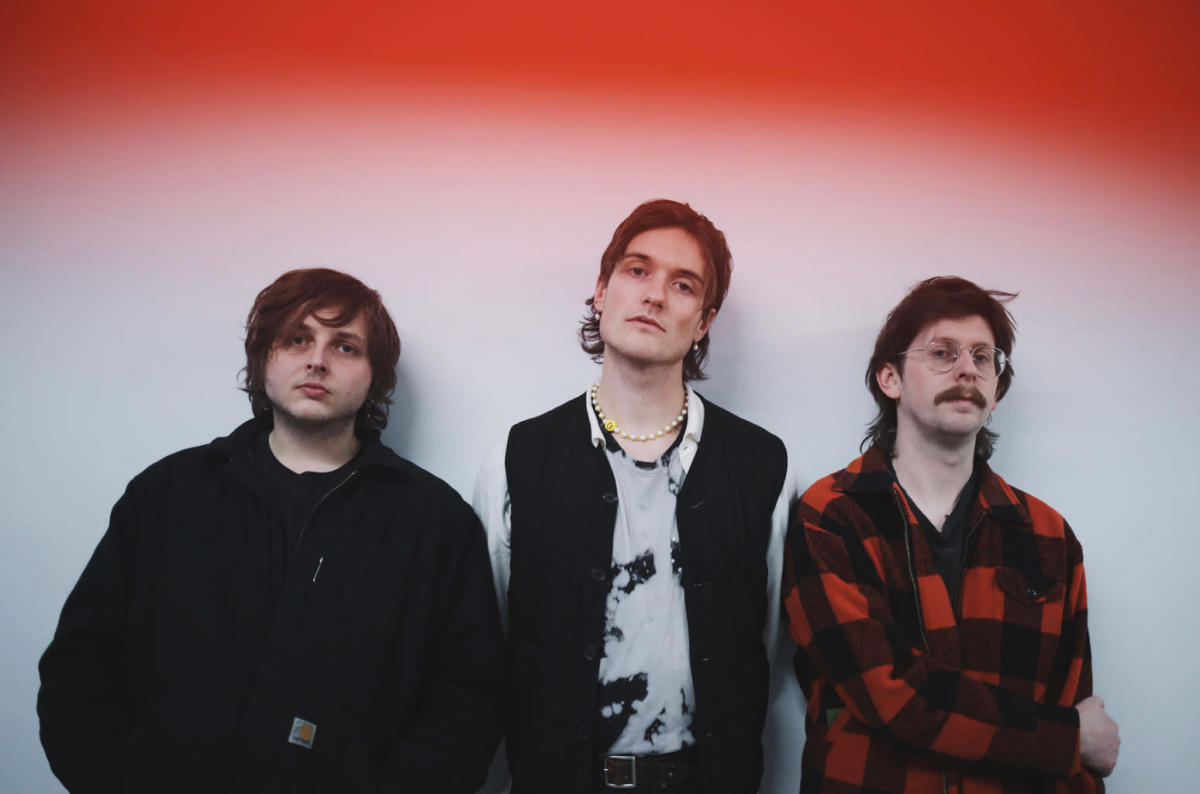 Brandon Hagen, vocalist/guitarist of Boston-based alternative rock band Vundabar, has spent the past decade taking ambiguous existential crises and distilling them into song lyrics. Even so, there are still things in life that are just too hard to describe.

“I’ll just show you,” he said Billboard of North Hampton, Massachusetts on a Zoom call, raising his foot toward the camera and rolling up his pant leg. “It’s just wonky!”

His ankle is exactly that – wobbly. Perpetually discolored and bruised, the 27-year-old’s so-called ‘Achilles heel’ is a birth defect he was often bullied for. That, combined with being exposed at a young age to the pent-up troubles bubbling under his Irish-Catholic, Twin peaks-adjacent hometown, made for what Hagen calls a very “angst-ridden” adolescence, which he aired in Vundabar’s 2015 album Remain speechless and his whimsical yet rage-filled single “Alien Blues.”

The road to success for this song has also been a bit rocky. More than half a decade after its release, its streaming numbers have suddenly started to soar into the millions – all thanks to a snippet of it going viral on TikTok seemingly out of nowhere. Click on the “Alien Blues” sound and you’ll find thousands of videos of teenagers passionately singing the lyrics, “My teeth are yellow, hello world / Would you like me a little better if they were white like yours? I need to purge my urges, shame, shame, shame One shouts the words at his own red reflection in the mirror, and another bangs on what looks like the walls of a high school bathroom stall to the beat of Hagen’s high voltage voice.

“The numbers skyrocketed,” Hagen recalled of the song’s peak listenership, which began around Thanksgiving last year. “All of a sudden it was big, where I think we had 100,000 streams [plays] a day, and it turned into a million a day in two days. (At the time of publication, the song had racked up 90 million total US streams to date, according to Luminate, formerly MRC Data.)

In the six years between the release of Remain speechless and the “Alien Blues” boom, Hagen and bandmates Drew McDonald and Zack Abramo had already released two full albums and finished recording another – their latest project. Devil for fire, which fell on Friday, April 15. He was becoming known for a song he wrote as a teenager – “[TikTok] is just this insane tool… you just have to take it and try to take it with grace” – but he had already discovered long ago that there was much more to be angry about than he felt at 18 years old.

Vundabar LP 2017 Feel Smoke, for example, explored the futility of caring for a sick loved one in America’s capitalist health care system. And the band’s new horror movie-themed project Devil for fire — designed to simulate how reality is as unpredictable and plastic as, say, the success of exploding on TikTok – was inspired partly by pandemic life and partly by the heart attack-induced stroke of the Hagen’s father and subsequent diagnosis of aphasia.

Hagen, however, decided to take all the recognition channeled from the “Alien Blues” triumph – no matter how late – in stride. “Our records are all slow-burning,” he says. “It takes time for people to find them, get to know them and circulate them. I don’t care so much anymore. We’ve always been a band where we progress and we grow a little bit, and we progress, then we grow a little bit, and keep grinding.

Below, Hagen speaks with Billboard about Vundabar’s new album, touring in the age of the pandemic, and the aftermath of TikTok going viral with “Alien Blues.”

The “Alien Blues” success story is crazy. Of all the songs in your catalog, why do you think this is the one that exploded on TikTok?

It makes sense to me that a lot of young people identify with it. I did and recorded it when I was about 18. This song is just about a feeling of alienation, it just sounds like a meltdown. Being a teenager is weird, and being in a time when people need release and need to let off steam – this song has that.

Which of the TikToks are your favorites?

I’m bad with favorites…I like the ones kids play there. I like how it’s sort of very separate from Vundabar. People take the song and make it something of their own, where it becomes more about them and their experience than it is about us.

You’ve always released music from your own independent label, Gawk Records. Did the big labels start flirting with you once “Alien Blues” took off?

When it all happened with “Alien Blues,” there was a real industry blitz. It’s all metadata driven, so literally on the same day every major record label in the world blew up my phone. It was very confusing and difficult to navigate, especially for a song that is old and part of a catalog that we have.

All the majors feeding frenzy happening – it’s so fast. People are throwing offers and it’s around the virality of this song. And if that were to drop, that offer could drastically change.

I’m not against labels, and there are certain advantages for majors in particular. If we wanted to do that, I would seriously do it with a new record — like, “Okay, Vundabar is gonna do their weird pop record.” If we’re going to do a big pop record, we’ll do that – which I think we’ll do – but if you’re going to do a slow-burn concept album where you have to listen for 40 minutes, that’s probably not what a major can help.

You shot from time to time. How’s it going? Do you think the live independent music scene is starting to recover from the financial strain of the pandemic?

Everyone going back on tour is sort of taking the temperature right now. The nerves are a bit gone. People say, “Okay, it’s time to live on.” It puts people in this really weird position – you could be lined up on tour for 30-40 days and any day someone could get COVID and the mat will be pulled. Making a living in music has always been precarious, and now it’s even more so.

We’re just a live band at our core. It’s been so long with COVID that I forgot there was something missing in my life. The problem with music is that there’s a blur in what you’re doing. When you make records and songs, it’s all in your head. The tour is grounded, because it’s very physical and external. This tempers the more “thoughtful” side of it.

You made your debut late at night recently. How did “Alien Blues” play on Seth Meyers?

It was crazy. I was like, “You got two and a half minutes not to fk up, don’t fk up.” But the good thing about making our late night debut with a song we’ve been playing for seven years is that it would be pretty hard to mess it up.

Is it weird to promote a seven-year-old song at a time when you normally only focus on releasing the new record?

There’s a part of me that might be fixated on that, but I don’t want to be bitter about people who come into our music.

One thing that was good about this song Remain speechless and this new record is that we recorded them both with the same engineer in the same studio. And it was the first time we’d come back since we made that record. So aesthetically, in terms of production and process, it was very aligned with “Alien Blues”. Somehow the [new] record was a return to form.

How is Devil for fire different from your four previous albums?

It has the most range. There are some of the most fragile songs here. There is a yacht rock song. “Devil for the Fire” is the heaviest song we’ve ever done. “Heatwaves” is kind of like a zombie rising up in a small town and then terrorizing the town.

There is a dream logic. Things happen, images are presented to you. You don’t wonder why one thing happens after another in a dream which, I feel like it was the last two years. In life and in the world, I was questioning reality, like, “How the hell is this real?”

Do you think the same angst from “Alien Blues” carried over to the new record?

Listen to Vundabar’s new album Devil for fire below: